Football in the news

With the season rapidly approaching, there are a number of youth football players who simply do not have the resources to play football due to financial limitations. Football is more than just a game for many of these young people; it is an escape from the realities of a sometimes disadvantaged life. It is the presence of a positive role model, which may not exist in that child's life. It teaches responsibility, respect and teamwork. Football is so much more than a game! 2014 EZPLAYZ Youth END_OF_DOCUMENT_TOKEN_TO_BE_REPLACED
Share
Read More 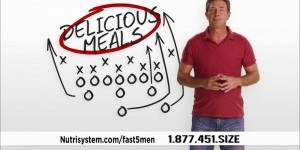 OK, I know I'm being a bit knit picky here, but how in the world do you have a Hall of Fame QB on a commercial and have an illegal formation in the ad?  5 men lined up in the back field (illegal) 12 men on the field for the offense Yes knit picky, but come on guys! A little quality control please. END_OF_DOCUMENT_TOKEN_TO_BE_REPLACED
Share
Read More 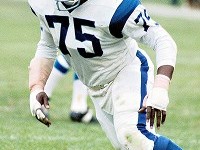 David "Deacon" Jones, the original sackmaster, has died. The Hall of Fame defensive end credited with terming the word sack for how he knocked down quarterbacks, was 74. The Washington Redskins said that Jones died of natural causes at his home in Southern California on Monday night. [+] Enlarge Manny Rubio/USA TODAY Sports Hall of Famer Deacon Jones, the leader of the Fearsome Foursome defensive line for the Rams in the 1960s, died Monday. He was 74. "Deacon Jones was one of the greatest END_OF_DOCUMENT_TOKEN_TO_BE_REPLACED
Share
Read More