The I Left 31 Dive is a short yardage running play. 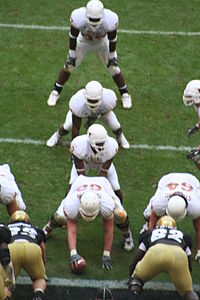